​"Ronaldinho has scored. David Seaman - is caught - cold," announced a stunned Clive Tyldesley, clutching at statements in order to fill the obvious void in commentary as he and Ron Atkinson stare on in complete disbelief that the Brazilian playmaker had just scored a 35 yard free-kick from absolutely nothing.

Only seconds earlier, the legendary commentator had been waxing lyrical about how no centre back partnership had been better than that created by Sol Campbell and Rio Ferdinand at the 2002 World Cup - but there was nothing anyone could do about the magic that Ronaldinho had just pulled out of his hat. 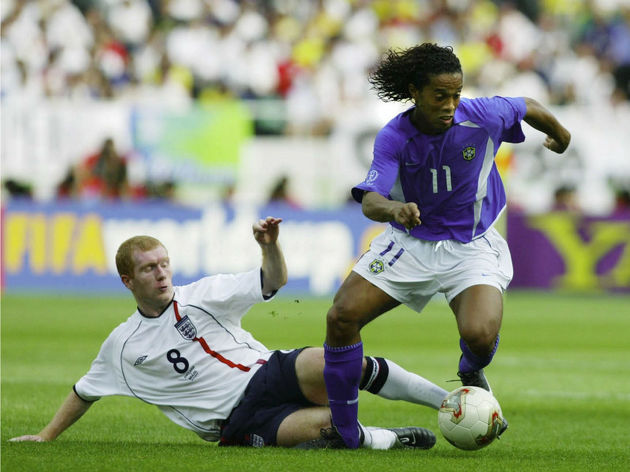 When it comes to goals knocking teams out of major international tournaments, there are few that can compete with what sent England home from South Korea on June 21 2002.

It was an entire 16 years ago, but the memory of England's World Cup quarter final with Brazil remains heavily ingrained in the minds of fans who sat and watched the nation's 'golden generation' get put to the sword by one of the greatest teams to every grace the international scene.

The game was over by half time. Ronaldinho's set piece was like a bucket of cold water over the head. England were down and out after his gut wrenching match winner.

Of course, it could've all been so different - and it certainly looked as though the Three Lions would progress into the final four when Michael Owen opened the scoring in the 23rd minute.

A botched pass from Emile Heskey into the England striker seemed to have prematurely ended their attack. The ball was bouncing comfortably to Brazil centre back Lucio - simple enough for a pass back to goalkeeper Dida. But that wasn't the case. The defender took his eye off the ball for a split second - allowing for Owen to pounce onto the loose Fevernova, and slot home for a 1-0 lead.

It was coming home, right? Brazil - the most threatening nation on the planet, were on their way to being dumped out by a country known best for drinking tea. Sven Goran Eriksson's side were finally set to bring those 36 years of what Baddiel and Skinner refer to as 'hurt' to an end. God save the Queen!

Enter Rivaldo, stage right. The world's most revered number ten was on fire in 2002 - and he only needed one opportunity against Eriksson's men to continue to prove that. The equaliser was where Ronaldinho's masterclass began. Picking the ball up from the centre of the pitch, the Shaggy haired midfielder drove the ball forward at lightning pace - no Englishman could get near him. Opening up to his right was a beautifully positioned Rivaldo, the kind of movement that came natural to Brazil's main man.

Without taking a touch on Ronaldinho's through ball, Rivaldo opened up his body, allowing his left foot to take centre stage, curling the ball round Seaman with exquisite finesse. 1-1, game on. It was at this point Brazil knew the semi final was theirs.

Following months of setbacks in the build up to the tournament in South Korea and Japan - a rocky qualifying period, four different managers in 18 months, and an injury to captain Emerson on the eve of the tournament - the Selecao had developed grit.

They wanted it more than the English, and they knew it.

In what was essentially the last kick of the first half, Paul Scholes had no idea what kind of damage he was inflicting on his nation when committing a foul only 15 yards inside his own half; Especially considering the match was two minutes deep into added time at the end of the first 45.

It was a long ball opportunity. Brazil are known for their sleek, entertaining, samba style of play - but the South American outfit were not afraid to throw bodies into the box in search of the lead.

Perhaps that is what lulled David Seaman into stepping off his line. Ronaldinho's right foot was never going to shoot from that angle. Wide on the right hand side of the pitch, an outswinging cross was the only option, wasn't it? Even to the player it must've been the only thing he was thinking about - 'where's Cafu's head?'. 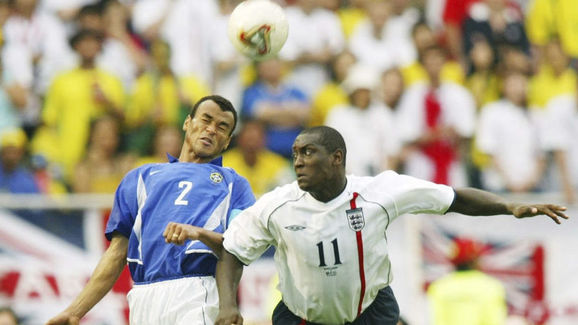 Then he realised, Cafu was stood next to him, whispering in his ear - 'look at the keeper'.

Seaman wasn't even outside his six yard area, only a couple of steps forward in anticipation, but it was the anticipation that was his downfall. Ronaldinho knew that.

As soon as he connected with the ball Seaman rushed forward to come and collect; he was a tall, commanding figure, and his safe hands would've been music to the ears of the English defence had the ball actually been crossed.

Alas, it wasn't. Instead, not even seconds later the ​Arsenal goalkeeper found himself desperately back peddling to reach the ball en route to the top left corner. It was all over. 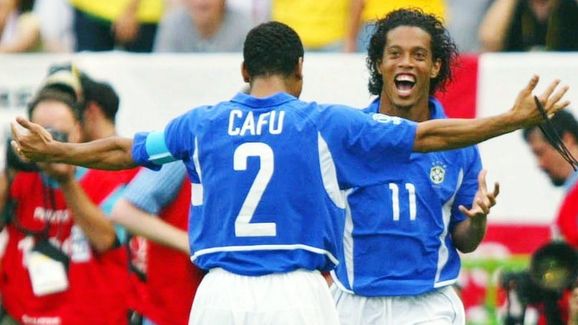 Wheeling away in celebration, Ronaldinho knew that he had that kind of goal in his locker, and of course, in time the rest of the world would also come to know it. He was in the early stages of a magical career that inspired millions. That toothy grin with messy hair had broken English hearts. It was Ronaldinho's world, we were all just living in it.