David Wheater gloriously lifted the FA (Youth) Cup in 2005 alongside fellow future titans ​Andrew Taylor and ​Matthew Bates. All three were promoted to the Boro first team on the back of their success, with Taylor and Bates even going on to play football somewhere else, in another league, for a bit.

But after a plethora of loan spells, Wheater succeeded where his former colleagues could not and held his place in the starting lineup. 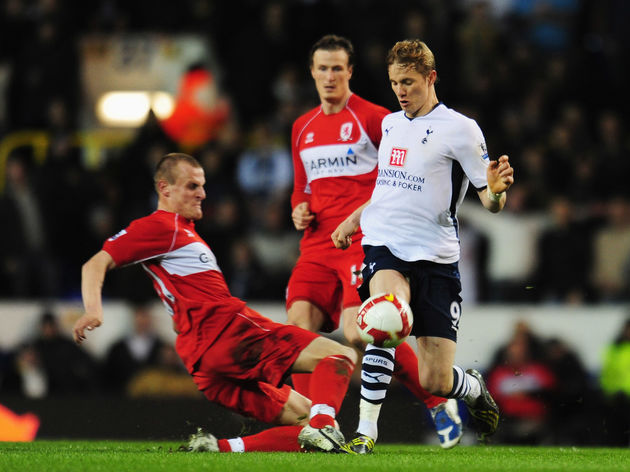 (Above: The Wheat about to completely miss the ball with one of his trademark tackles)

Southgate named Wheater captain at just 22, but once the ‘Saviour-of-English-Football-Elect’ was sacked in 2009, new man Strachan decided that he wanted more experienced leadership, plumping instead for ​Gary O’Neil.

Wheater’s captaincy had lasted just one game, which ​Middlesbrough only lost 2-1 to ​Bristol City, an impressive start. In a typically astute managerial move, Strachan told Wheater he was being deposed so that the young man could concentrate on his own game. It clearly worked when, a mere seven months later, Dave scored his first goal in over two years. (Above: 'Can't I just slide him?' Wheaty protests the notion of fair play)

In January 2011, the defender signed for Bolton Wanderers (where he still plays) for a fee that remains undisclosed presumably because it was so big. During his honeymoon period with the Trotters, David became a proficient collector of red cards, going at a rate of one a month.

But when he became pregnant in 2012, Wheater was sidelined once more. After the obligatory nine-month spell in the stands, he returned in a 2-2 draw against ​Hull City and also it was actually cruciate ligament damage.

‘The Miller’ has spoken extensively about his time in the Premier League, but not necessarily about the football. Wheater has spoken at great lengths about chicken parmesan, which is apparently Middlesbrough’s version of food. 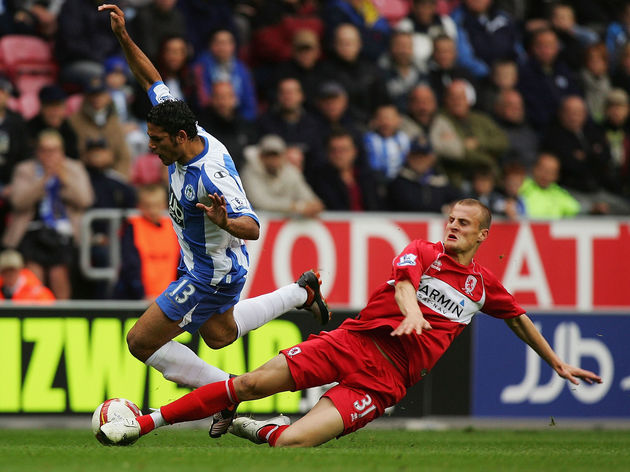 He said: “I love it, it’s not healthy, though. It’s a big chicken breast, a load of sauce and melted cheese so it’s not really suitable for a footballer’s diet.”

When asked if he was looking forward to ​Bolton’s big cup game on the weekend against Sam Allardyce’s ​Crystal Palace David replied: “I’ve got a wife who could make a Parmo.”

Despite a passion for what is essentially one big chicken nugget with cheese on it, David Wheater’s ​Premier League career even earned him brief call-ups to Fabio Capello’s England squad. However, and Gareth Southgate described rumours that the Wheaterbix had bought business class flights to Russia this summer as a ‘complete coincidence.’

Where is he now?

Regular in the Bolton starting 11, where last season he won his first ever personal accolade, being named in the League One PFA Team of the Year.

What did he say?