​Barcelona manager Ernesto Valverde has admitted he has no 'strategy to persuade' Andres Iniesta to stay at the club when the season draws to a close.

During his interview prior to Wednesday's Champions League quarter-final first leg against Roma, Valverde spoke about Iniesta's future, as reported by ​AS.

The 54-year old said: ''I don't have any kind of strategy to persuade him [to stay]. He's been here for many years and knows how loved he is; he'll make the decision that he thinks is best, and we'll respect it.'' Iniesta has made over 600 appearances for the club and is seen as one of the most legendary players to ever put on the Barcelona shirt. He has won an incredible 30 titles and the thought of him playing at another team is unthinkable for Barcelona fans.

However, Iniesta had his head turned by a ​mouth watering offer from China and may decide to take the move to get one last big pay day before calling quits on his playing career. 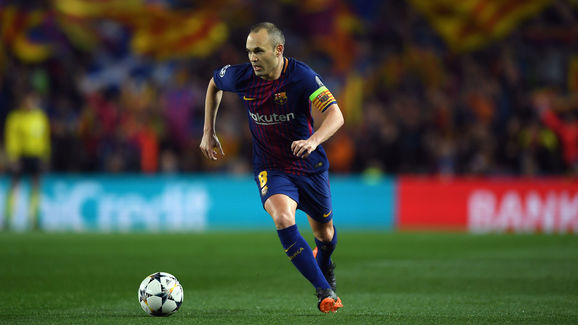 At the age of 33, the midfielder is tiring and has rarely completed 90 minutes this season. He will still have a crucial part to play in Barcelona's fixture with Roma, who are no jokers themselves, as Valverde was keen to point out.

''Watching Roma's displays in the group stage, it's no surprise that they have made it to the quarter-finals. Watching them in the Italian league, too. They're a team who play very good football in attack and show a lot of togetherness in defence.''

''It's important for us not to concede. We know we'll have to put in two good performances to make it through. It is going to be a tough tie.''

Cristiano Ronaldo Rates S*x With His Girlfriend Being Better Than His Favourite Goal
Cristiano Ronaldo's Options Limited to Two Clubs If He Leaves Juventus - Report
Marcos Llorente Names His Dog 'Anfield' After Knocking Liverpool Out of the Champions League
Analysis: The Worst Goalkeeping Stats in Europe's Top Five Leagues This Season
4 Players Who Have Won the Champions League in Consecutive Seasons With Different Clubs