Exclusive: From Underdogs to Champions, the Story of Ranjit Bajaj's Minerva Punjab

Punjab is a land fueled by adrenaline and enthusiasm. The state is very good at developing sportspersons who show their prowess in sports such as Hockey and Cricket, and they have produced multiple athletes who went on to win medals for the country at the Olympics.

However, despite having a strong football playing population, they had not seen a team from the region since the closure of JCT. Minerva Punjab have helped bring football to the state in a big way and their I-League triumph has been celebrated wildly.

Born and brought up in Chandigarh, the owner of the club, Ranjit Bajaj, is keen on making Punjab a stronghold for Indian football.

The team struggled in the I-League in their first season, finishing ninth out of 10 teams.

When asked about the turnaround, the eccentric owner of the club, Ranjit Bajaj, said, "We were confident we would do better this season, thanks to the  continued success of our junior teams and knew that we could produce champions out of the talent we had. We proved those people wrong who thought our success in juniors could not be replicated at the senior level."

Traditionally a training institute for people aspiring to join the Indian Army, the football club was established much later by Bajaj, utilising the land available to him to set up cricket and football clubs. 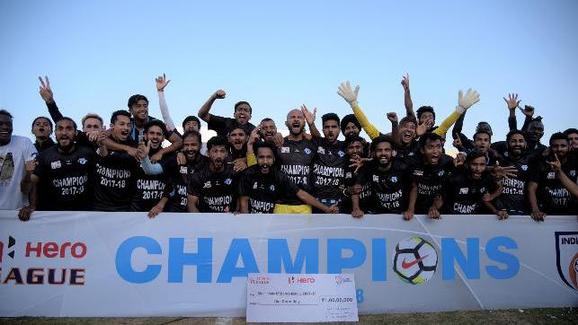 As an owner, the 39-year-old is known to be eccentric and follows his own way of working. Just to give an example - the team did not retain any of their foreigners from last season.

Taking pride in the club's targeted recruitment drive, he said, "Last year, I had 12 days to prepare for the league, and so we had to go for the players tried and tested in India. However, they could only help us a little, as we saw. Therefore, we looked at young foreign players who could gel well with our young team and were eager for a chance to prove themselves in India, to help them earn their pay packet in the coming seasons, and I think that worked very well for us."

When asked about any players who specially surprised him with his performances, he was quick to praise the whole team, saying, "The whole was greater than the sum of our parts. We won eight out of our first 10 matches, losing only once, which basically means everyone performed beyond their potential."

Fitness has been given prime importance at the club, stated Bajaj, saying, "The fact that the players develop in the academy with great focus on fitness helped them when they stepped up to the I-League. When the foreign players saw that, it was very easy for them to buy into the concept as well and that is why it worked." 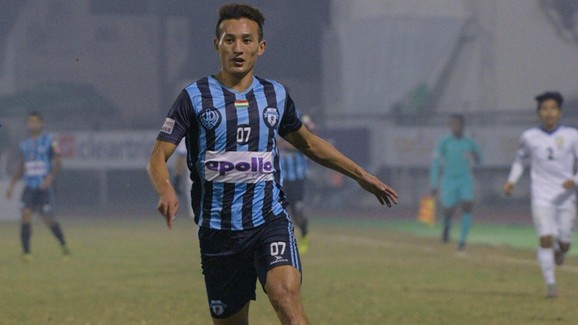 Cementing his point about theirs being a team effort, he pointed out that despite Chencho Gyeltshen scoring seven goals and William Opoku scoring five, the team had 11 different goal scorers. The team's focus was to always win, he explained, saying, "We always played to win, and never changed our mentality. Even the two draws we had were against Mohun Bagan and East Bengal, and were matches in which we were going for the win."

"Going up against the Kolkata giants with their huge budgets was very difficult," he says, adding, "we halved our budget from last year, going down to Rs 1.4 crore. My team had no time last year and hadn't played a lot with each other, making it tough. This year, we had a great pre-season, worked as a team, and it bore fruit."

Always one to raise eyebrows with his passion on the sidelines and constant involvement in matches, his equation with the league and the referees has been very interesting.

Talking about that relationship, he said with a wry smile, "Evolved or gotten worse, I am not sure, but it is very complex, I understand things better now after three years," before cheekily adding, "I don't think the referees should have any problems because they don't allow us to say anything and ban us if we do!" 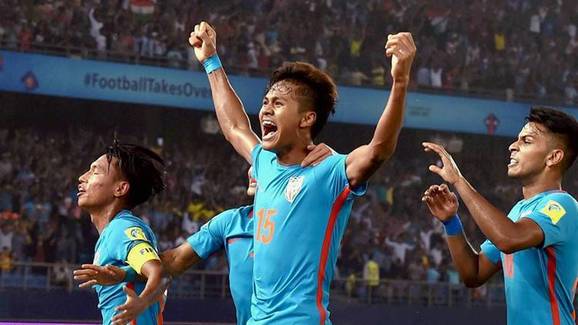 When asked about how difficult or easy it is to get youngsters to trust their model, he said, "At that young age, discipline is key. We provide them with structure and help them learn. Once they see the benefits, and the U-15 team's success has made it a great example, they buy in."

A former participant in MTV's reality show Roadies, he is an adrenaline junkie, an ace mountaineer and swimmer, and is a part of the Limca Book of Records.